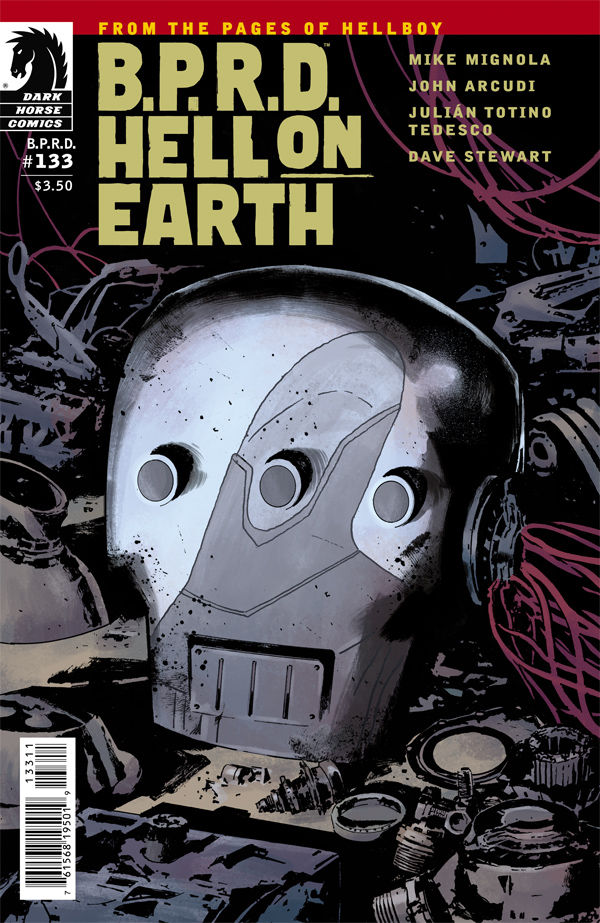 I liked this issue very much. Great art on behalf of Julián Totino Tedesco and a nice story, apparently an episode in an ongoing and intriguing plot line. I was considering either getting the issues prior and following this one or the corresponding trade paperback but according to comicbookdb.com the Argentinian artist only contributed to this number and the next one, #134, both under the title Modern Prometheus.

It’s been many months already since his quitting the B.P.R.D., but I still miss Guy Davis. With someone like him or Tedesco as the regular penciller, I’d be subscribed.